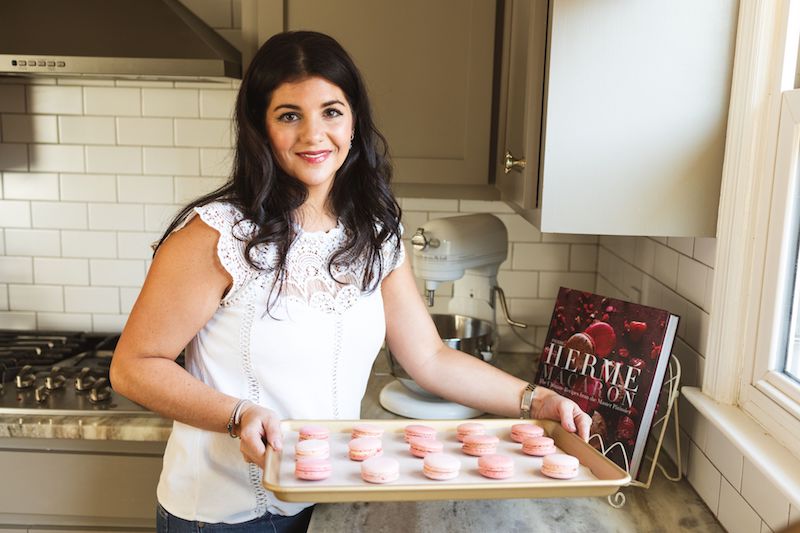 To know Patricia Irene’s macarons is to know the two women who passed on their love of cooking to their granddaughter, Kathryn Yarbrough. Patricia, lovingly known as “Pat Pat” to her grandchildren, immigrated to the United States from the Abruzzo region outside of Rome, and she mothered 12 children, the oldest of which is Kathryn’s father. At any family gathering she hosted, she was always cooking and feeding people.

Glenda Irene or “Babe” to her grandchildren, on the other hand, was born and raised in Alabama and passed on her Southern-style cooking to her Kathryn and her cousins. Like Patricia, she was always making sure everyone around her was full and happy.

Despite her heritage, Kathryn, a Gadsden native, is quick to point out she is not a baker or cook by trade. She served as the executive director of Muscular Dystrophy Association in St. Louis and then as the development director for their arts and sciences program at UAB when she and her husband moved back to Alabama after their first child was born seven years ago.

But with two little ones at home and a husband who travels extensively for his job, Kathryn eventually decided to stay home with her two boys. She got restless, though, and when COVID hit in 2020, she turned to the kitchen to “get things out.” Looking for a new challenge to master, she turned to her Bouchon Bakery cookbook, memories of macarons from France and the legacy her grandmothers instilled in her.

Her kids were running around, the process was frustrating, but soon she’d in fact mastered the delicate, colorful confections from her Coventry kitchen. From there a cousin asked her to make some for a baby shower, and Patricia Irene’s was born, combining Kathryn’s love of macarons with her passion for nonprofit fundraising with her monthly give back days. 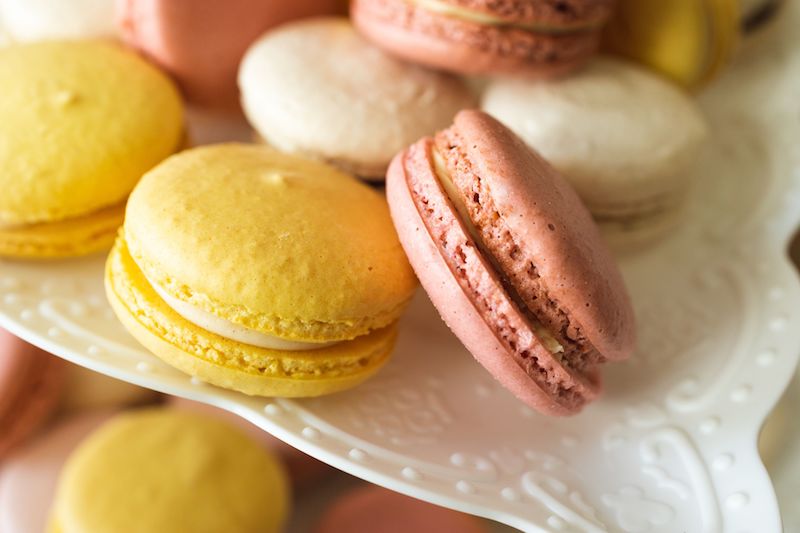 Today you can buy Patricia Irene’s macarons in five local Piggly Wigglys as well as in Backyard Market on Highway 31. In fact, Kathryn has gotten to know Backyard Market owner Jeff Gentry and now bakes in their kitchen on Mondays when the market is closed, where she can do a week’s worth of production in eight hours with the commercial equipment. Altogether her one-woman team bakes 800 to 1,000 macarons a week—no simple task when you have to get the meringue to form just right and the cookies to dry just right all before they even go in the oven. In the end, macarons keep up to about a month in the refrigerator or three months in the freezer.

Each pillowy sandwich cookie is made with only three ingredients—almond flour, egg whites, powdered sugar—and the almond four, lighter than all-purpose, means macarons are inherently gluten-free too.

Kathryn first tried macarons herself when she traveled to Paris around seven years ago and found cases full of a rainbow of colors that were beautiful to look at and a delight to taste. “They were the best things I have ever had because they are so light,” she says. “They sort of melt in your mouth.” She especially remembers a red currant flavor—one she has yet to make

herself—as well as the classic chocolate ganache and Earl gray and lemon.

Early on Kathryn would make more unusual flavors from French macaron baker Pierre Herme’s cookbook, but she quickly found people in Birmingham didn’t seem keen on them. Instead, they gravitated toward flavors like cookie butter—which tastes similar to a gingerbread—and fruit-based ones as well as Earl grey and lemon, a popular French flavor combination. Kathryn especially likes to use Bonne Maman jams (which come with their own unique story you can find online) and local Alabama products like a creamed honey she finds at the Piggly Wiggly in her flavor profiles. In the summer, she brings out blueberry-lemon and strawberry ones, and in the spring she creates floral flavors like rose and lavender as well as citrus ones like bergamot.

No matter the time of year, she rotates between buttercream, cream cheese and chocolate ganache filling for the confections that seep into the flavor of the cookies as they sit in the refrigerator for the first 24 hours after baking. 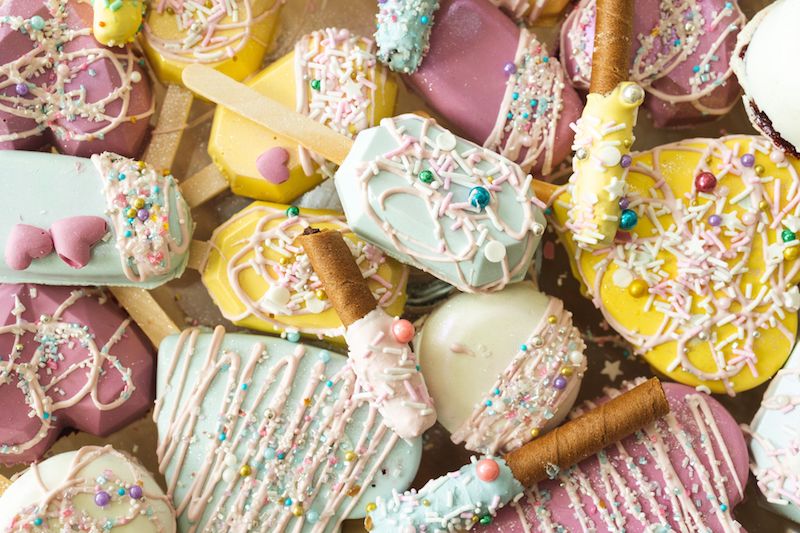 Outside of her regular macaron production, Kathryn also takes orders for cakes, cake pops and other desserts, and she sells her cake balls at Backyard Market too, which serve as her regular excuse to play with sprinkles.

Kathryn finds a lot of people don’t know what macarons are—or confuse them with dense coconut macaroons (with two o’s)—and are hesitant to pay $21.99 for hers in stores. But once they understand the process behind them and the quality of ingredients in them, that often changes. In fact, she’s found she has a big customer base in girls ages 12-16 thanks to social media craze over macarons.

As to her in-home audience, Kathryn’s Dolly Ridge kindergartener, sensitive and empathetic by nature, would rather eat a chocolate chip cookie, but he won’t tell his mom he doesn’t like her macarons. “I think I am full. I will try them another time,” he tells her instead. His 3-year-old brother, on the other hand, is a sugar fiend who will eat anything sweet.

At first, it was hard for Kathryn’s boys to understand that their mom working in the kitchen was her job. But once they started to go with her to Piggly Wiggly to put them on shelves and later see them when they were shopping, it started to click, and now they are proud to tell others what their mom does. And the older they get, the more they’ll grasp the other part of the macaron’s mission too.

On the 15th of every month—the anniversary of the May 15 that she first started Patricia Irene’s—Kathryn holds a special macaron give back sale benefitting a specific local nonprofit. She takes whatever inventory of macarons she has on-hand and gives a 12-pack of them to anyone who gives a donation for the nonprofit until her supply runs out. It’s a good opportunity for people to try them, and she’s never had anyone donate under $20-30. “People are willing to give above and beyond for a good cause,” she says.

At the end of the day, it’s the nonprofit connection that continues to drive Kathryn’s baking passion, and she hopes to connect with more and more in the community for her give back sales and help spread the word about their work to others. Pat Pat and Babe would surely be just as proud of that as their granddaughter’s macarons.

Learn more about Patricia Irene’s at patriciairenes.com or follow @patricia_irenes_bham on Instagram. You can buy them at Piggly Wigglys in Homewood, Crestline, Clairmont, River Run and Bluff Park as well as in Backyard Market on Highway 31.

One of Kathryn’s greatest passions in making macarons is holding give back sales to benefit local nonprofits and connecting with their missions. Here’s a list of some of the nonprofits she has had customers contribute to in the past. 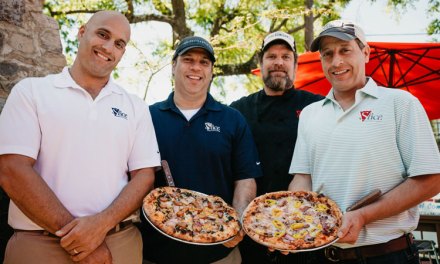 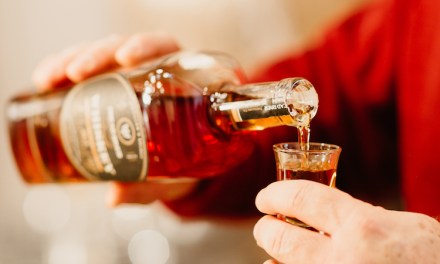 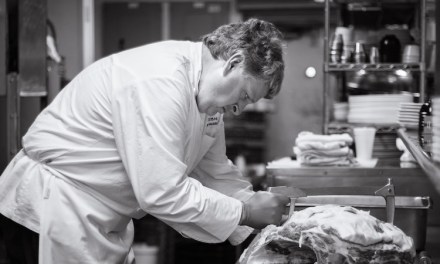 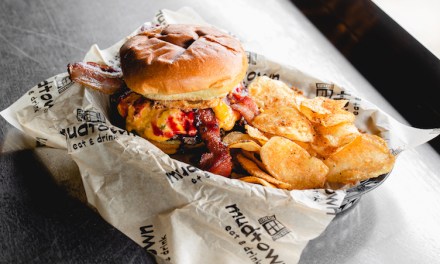