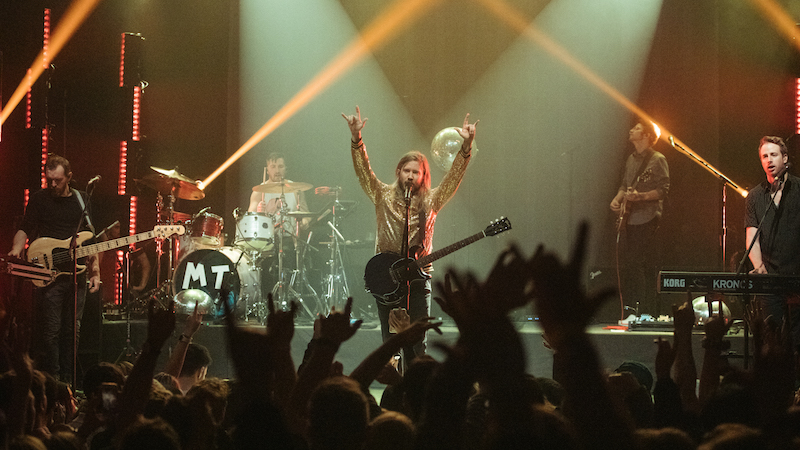 Moon Taxi lead singer Trevor Terndrup will never forget the 2013 phone call to his parents telling them his band was going to be on The Late Show with David Letterman.  “I know you guys have been patient with this, with me pursuing music,” he told them. “But like look at what’s happening now. That was a big, big moment.”

And for Trevor and his bandmates, there would be many other monumental moments to come. Over the years, Moon Taxi has performed at coveted festivals across the country including Bonnaroo and Coachella and produced five full-length albums., and now they are coming back to Birmingham for Euponious June 18-20. Their hit single “Two High” has amassed over 140 million plays on Spotify, revealing just how strongly listeners have latched on to the band’s unique mix of soul, folk and pop.

Although the band is based in Nashville, their story started in a Vestavia Hills High School gym class in the early 2000s. When Trevor’s father got a job at the University of Alabama at Birmingham, they moved down to Vestavia Hills from upstate New York. Trevor was just 15 at the time. Feeling the angst that comes with being the new kid, he turned to music to redefine himself.

“I didn’t have any friends at first, so I was just practicing nonstop. And then I met Tommy Putnam pretty early on in my stay there,” Trevor says. “We had gym class together. He was wearing a shirt of a band that I liked, and we just kind of started a conversation.” 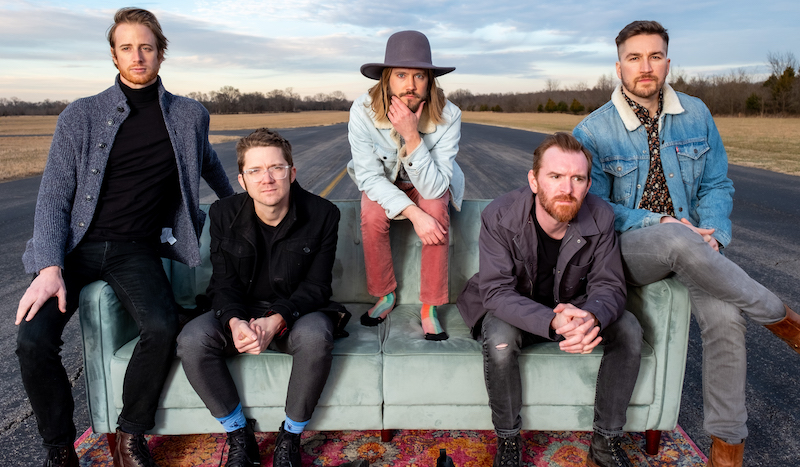 That conversation turned out to be a pivotal one as 17 years later, the pair is still playing music together. After high school graduation in 2002, Tommy and Trevor moved to Nashville to attend Belmont University, where they met guitarist Spencer Thomson. Later on they would join up with keyboardist Wes Bailey and fellow VHHS graduate drummer Tyler Ritter to form what Moon Taxi is today.

The rise from dorm jam sessions to sold-out crowds and television appearances is one Trevor and his bandmates do not take for granted. For them, the road to success has always been about building connections with their fans one show at a time. “You know some bands, they can make a demo in their bedroom and then they’re all of a sudden winning Grammys,” Trevor says. “That wasn’t our path. Our path was going out, putting on fun shows, and then word of mouth spreading.”

Their latest album, Silver Dream, was released in January of this year, and although it was written pre-pandemic, the reflective songs are a great companion to a time when many of us are looking to escape reality. Trevor describes it as the “weirdest album release we’ve ever had” and says it won’t feel real until he’s playing the songs on stage for fans: “We’re all about connecting with people in a live scenario, reciprocating their energy, and trying to figure out how to best present these songs…I really just can’t wait to get out and play live again.” 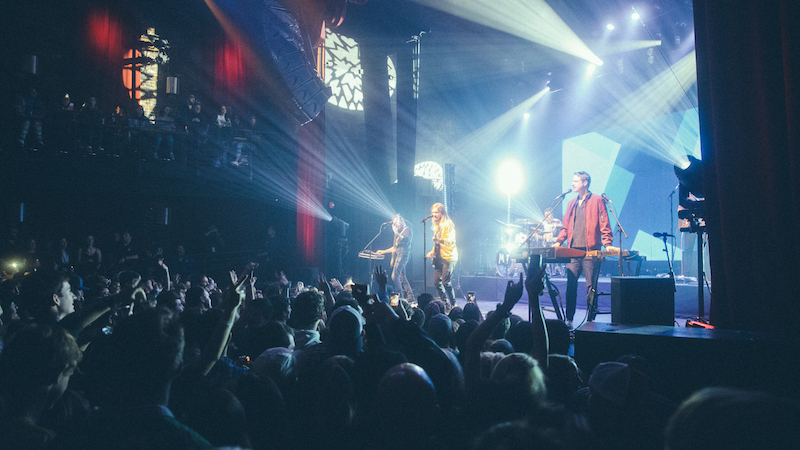 Silver Dream’s first single “Hometown Heroes,” was written about Trevor and Tommy’s Vestavia friendship and the bandmates’ journey to stardom together. The lyrics speak to a familiar dilemma we all face in adulthood: “One by one, they went their ways, some stay close and others fade away.” However, when the song was released around the time that a tornado tore through Nashville in early 2020, the lyrics took on a new meaning for some listeners. “People started saying, ‘Is this song about neighbors helping neighbors after the tornado or is it about the frontline workers in the pandemic?’ And no, that wasn’t the intention, but it was kind of great that people applied the song to that situation.”

Another song off the album, “Take the Edge Off,” has an upbeat, laid-back feel upon first listen. However, a closer inspection of the lyrics reveal a heartbreaking internal struggle far beyond a fun night out: “Feels like there’s miles and milеs to go, wrestling the demons and fighting off ghosts.” The song was co-written by songwriter Busbee before he tragically passed away from brain cancer. “I just had the stupid idea of trying to write like a drinking song,” Trevor says. “I was like, ‘Yeah you know, something to take the edge off.’ And he took it totally to a deeper level.”

Trevor has made the most of his quarantine days like many others, tie-dying and making bread. But he can’t wait to feel the electric energy of playing on stage again. The band is excited to return to Alabama this summer to play at Euphonious, a brand new music festival coming to the Birmingham Zoo June 18-20.

Trevor says he’ll always enjoy meeting VHHS graduates at live shows. “They’re like, ‘Hey, I went to Vestavia too. I graduated like 10 years after you. But we still love your band.’ So the connection is there, the connection to the school. It will never go away.” 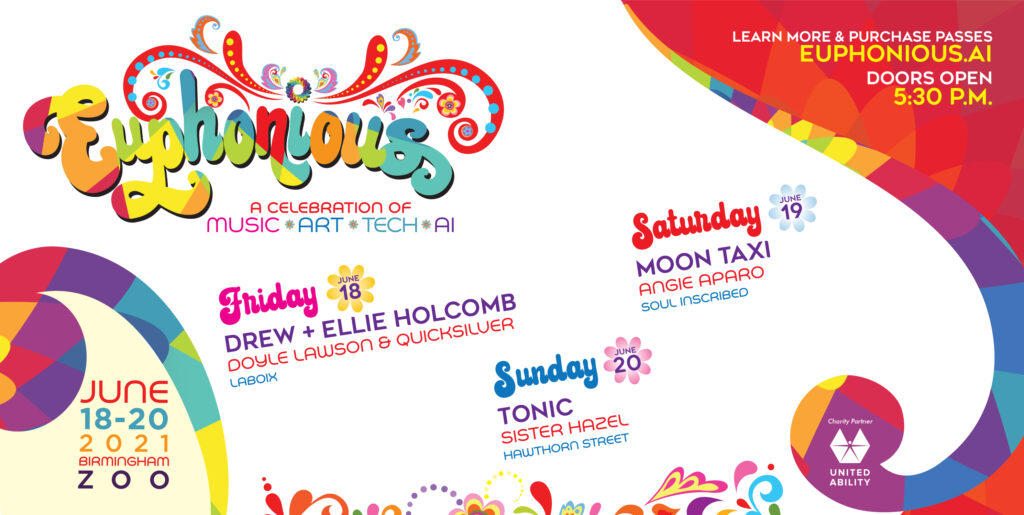 For tickets and FAQs, visit euphonious.ai. 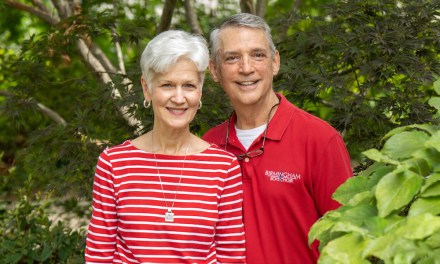 What Boys Can Do 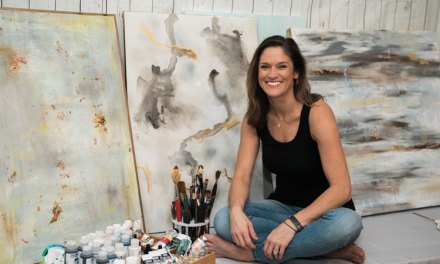 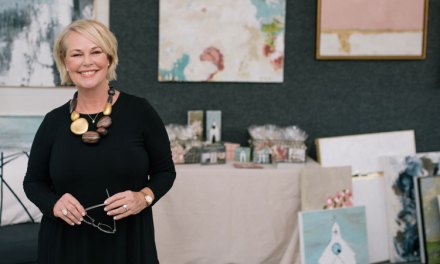 The Colors and Textures of Kendall Boggs