A Coach to Remember 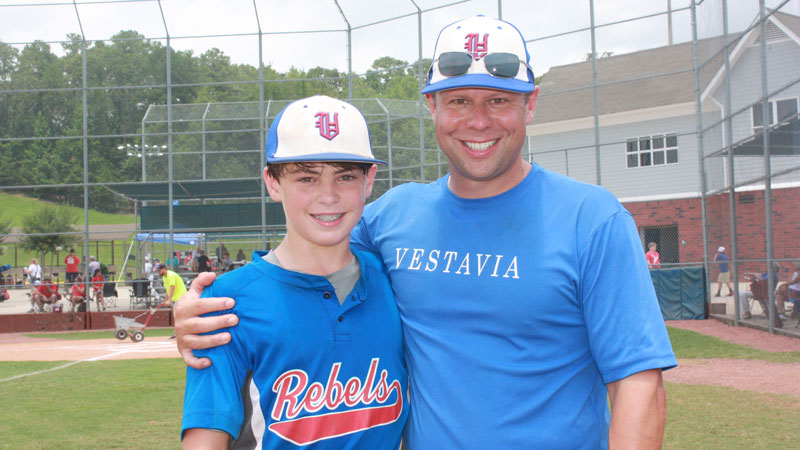 Bennie Watson smiled with his whole body. And he smiled at everyone he met, all the time. Although he worked in medical sales and had a biology degree, the way the sides of his lips curved up and his teeth shone through isn’t best explained by the movement of muscles, tendons and ligaments. It simply came from his soul.*

Even if he, an Alabama fan, was talking football with an Auburn fan, he did so with a smile.

It was the smile the father of three boys wore proudly when the third-grade Vestavia youth football team he coached pulled off a win against Chelsea he’d thought impossible. With 40 seconds left on the clock and a tied score, they had to get the ball down the entire length of the field. And they did. In the moments that followed, the boys were literally jumping up and down in celebration, and so was Bennie. 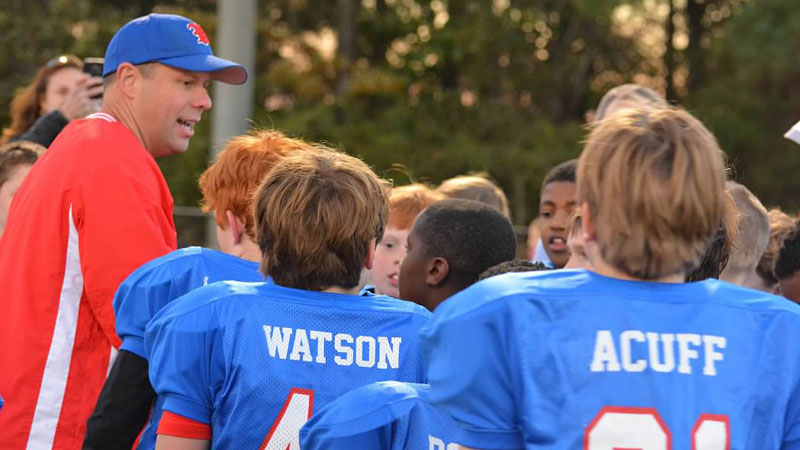 It was also the smile Bennie wore when the fifth-grade Vestavia football team he coached defeated Hoover in the area championship. (And if you don’t know what a big deal that is, you should know that Vestavia teams from little league through high school look at any Hoover game like an Iron Bowl.) The smile never left, but it was certainly beaming extra bright in the four other Jefferson-Shelby Youth Football (JSYFL) 7A championships he’d lead his sons Thomas and Jacob’s teams to win over eight years—including three back-to-back for Jacob’s team of now rising seventh graders. In fact, Bennie holds the record for most wins and more JSYFL championships than any other coach in Vestavia Hills history, and 11 neighboring park systems voted to give him the JSYFL Coach of the Year award.

Once again Bennie beamed this spring as his oldest son, Nathan, decided to attend Rhodes College just as he had to study history and biology—subjects both father and son have bonded over. And Bennie beamed in March as Jacob hit two home runs in the last baseball game he would see his son play and again on the night of March 14 as he told his friends about Thomas, a freshman at VHHS, getting moved up from the freshman to the JV baseball team. That next day, though, tragedy hit. Many of the players Bennie coached in youth sports were playing a home freshman baseball game at VHHS, and at the end of the game a couple of parents who had also coached the boys broke the news: Coach Watson, the man who for years not only coached but also supported them in life, had passed away after a massive heart attack that arrived with no warning. He was 49. 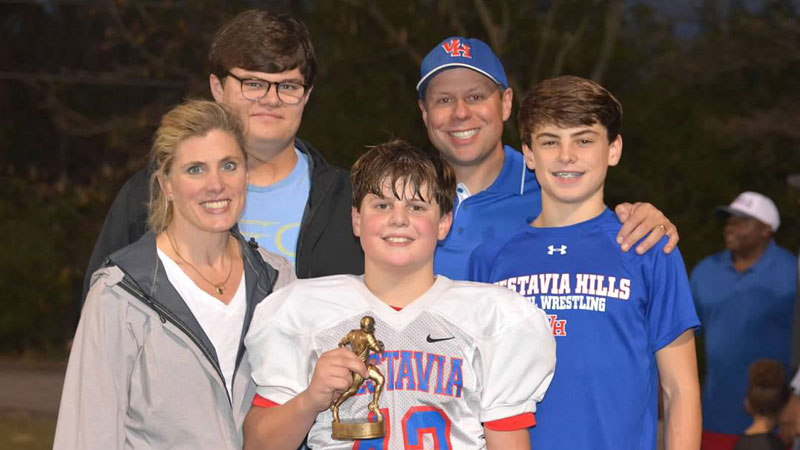 Those players will never forget the foundation Bennie laid for their lives in sports and character. They all respected him and looked up to him as Bennie taught his teams about competing and how to handle defeat. “He talked to them about class and dignity and being humble,” says Randy Stokes, a former Auburn football player whose son Hill played on teams Bennie coached.

A high school and college player himself at Shades Valley High School and then Rhodes College in Memphis, Bennie also was keen on football technique. “He knew the fundaments of the game: blocking, tackling, how to hustle,” Randy says. “He taught them to fight. He could look at a kid and knew if it made sense to play him in a certain position.”

Bennie wasn’t afraid to give “tough love” either. Jennifer West, the team mom for Bennie’s football teams for several years, recalls the story of one young man on his fifth-grade team who didn’t want to run after practice with the team and started crying and saying he couldn’t breathe. Bennie was quick with a comeback: “If you can cry, you can breathe.” That kid ran, and Jennifer says it made the him a better player in the end. They’d joke about that story for years to come and even talked about putting the phrase on a Rebels football T-shirt. 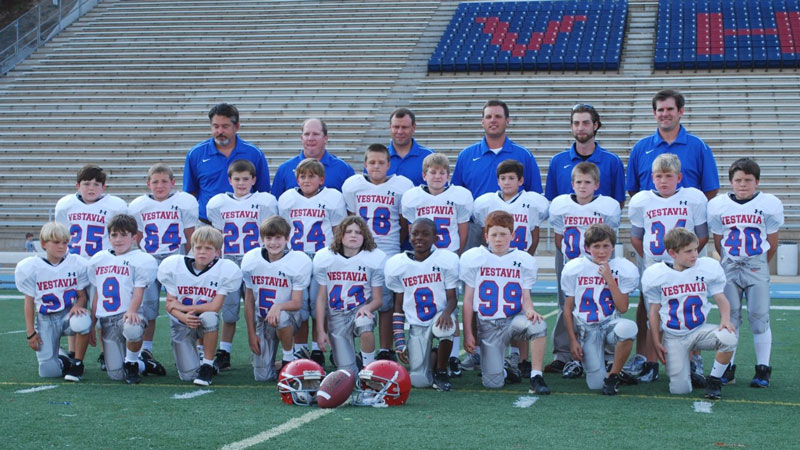 “(Bennie) was one of those guys who would push you if it was needed but wouldn’t be over the top if it wasn’t necessary,” Jennifer’s husband Joey says. “He was never too hard on them. He was real well-rounded and coached to help them all improve… He was very much a role model on good sportsmanship. Some parents tend to get more heated than they should, and he tried to calm them down and make sure they set a good example to the kids around them.” And indeed it was his even-tempered demeanor he’d learned from his grandfather growing up next door to him, Bennie’s wife Mary says.

As Eric Ray will tell you, “It wasn’t about sports (for Bennie). It was about turning these boys into good young men and good fathers and husbands one day and good leaders in his community.” Case in point: Bennie helped coach his middle son’s travel baseball team for four of its five years, even though he wasn’t “a baseball guy.” “He cared about the kids and wanted to lead them,” says Eric, who was the head coach of the baseball team. “He never said a negative word and genuinely enjoyed it.”

Since Eric was more of the expert on the game, he did most of the talking. But whenever Bennie spoke, the players knew they needed to listen. “(He) typically (shared) more of a life lesson and (something about) attitude. They looked up to him. All their attention perked up, and they really respected him.” And that was true of countless other situations too. “(Bennie) wasn’t overly vocal or outspoken, but when he said something people listened,” Eric says.

Through all his wins with his football teams, Bennie was nothing but humble. “He had every reason in the world to be obnoxious about his personal performance or that of his sons,” says Jonathan Berryhill, his friend of more than 20 years. “He walked that fine line between pride and bragging more than anyone I know. I think that’s what made him so extraordinary.” 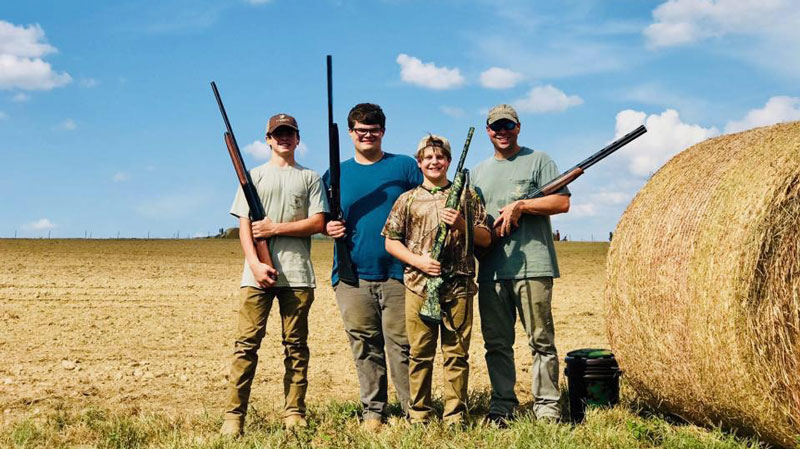 But that didn’t mean he wasn’t competitive. Whether it was Sea-Doo riding, a poker game or arm wrestling, Bennie was in it to win. And likely he would too. “If you were coaching against him or playing cards against him, he was going to whip you,” Jonathan says. In fact, Bennie once even competed in the World Series of Poker in Las Vegas.

And Bennie always, always embraced life fully and encouraged others around him to do the same. That was certainly the case one Sunday last winter just before the 11 a.m. worship service at Vestavia Hills United Methodist Church, where he and Mary had been teaching middle school Sunday school together since their oldest son started sixth grade. Bennie was sitting on the row behind Jonathan in the sanctuary and tapped him on the shoulder. “You want to go hunting?” he whispered, and Jonathan turned around to see that distinct smile and couldn’t resist. And so they slipped out of the service and headed to None Such, the hunting camp near Alexander City both of them shared with their sons and several other Vestavia families. For Bennie time spent there wasn’t so much about hunting itself as quality time with each of his sons in the great outdoors.

“I’m so thankful that we had that one last hunting trip together,” Jonathan concluded during Bennie’s eulogy in that same sanctuary just a few months later. “And I thank God that he allowed me yet another lesson on embracing life from our friend Bennie. 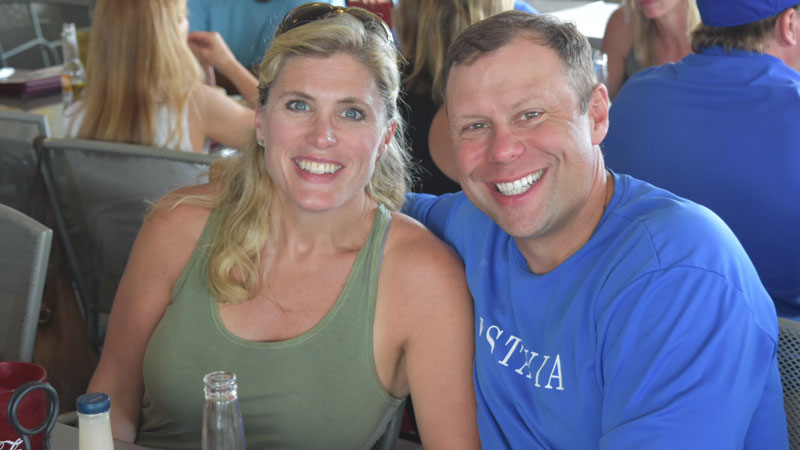 The soul behind Bennie’s smile was above all one of love, for Nathan, for Thomas, for Jacob and for 25 years of marriage for his wife, Mary. The couple first “went together” in fifth grade and met again their junior years of high school when Bennie was the DJ at a skating rink. They’d go on to date through college in different states and marry in 1993. “Among their friends and family, the phrase ‘Bennie and Mary’ was spoken fluidly as if there were no spaces or capital letters. It was just one continuous word,” Jonathan said in Bennie’s eulogy. “And that was exactly like their relationship. It was evident to everyone that Bennie loved Mary very much.

Last fall, Bennie concluded his youth sports coaching career as his youngest son Jacob finished his sixth-grade year. Jana and Tyler Hanna, whose sons Pierce and Spence were the same ages as Thomas and Jacob and played on teams Bennie coached, knew it was a moment that needed to be marked. So at the end-of-the-season party for the sixth graders they hosted, Jana also invited the now-freshmen boys Bennie had coached to surprise him. Just as Bennie finished up speaking about each player and making each feel like a special part of the team, a group of ninth-grade boys came around from the back of the house. Each shook Bennie’s hand and told him thank you—like the men he’d taught them to be. “It was a moment,” Jana recalls. “Everyone on the back porch was crying.”

But one particular smile shined through the tears, that of a coach, dad, husband, friend and leader no one who knew him will ever forget.

*This paragraph was adapted from Jonathan Berryhill’s eulogy he delivered at Bennie’s memorial service. 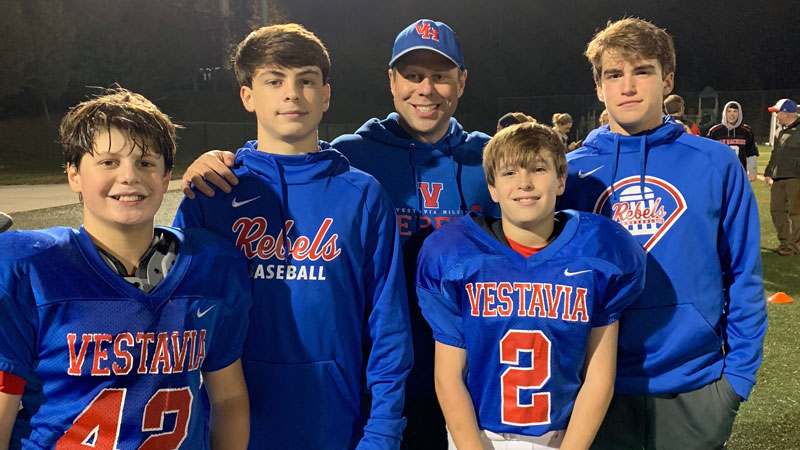 More of what those who knew him had to share

“For every person who has played sports there is one coach you will never forget. I am sure Bennie was that coach for several generations in Vestavia…He’s the kind of man you’d want with a fox hole with you in a battle.”

“Rarely do you meet someone like Bennie who has nothing bad to say about anyone. Everyone loved Bennie.” 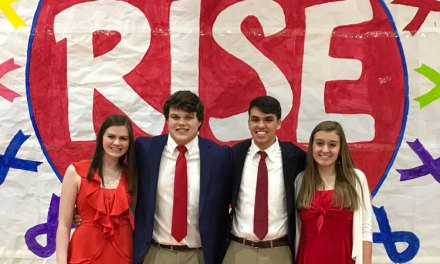 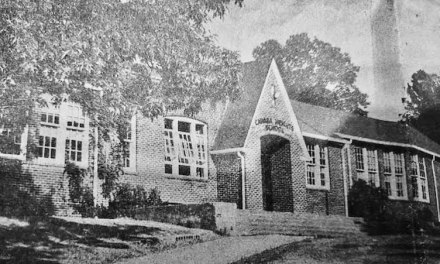 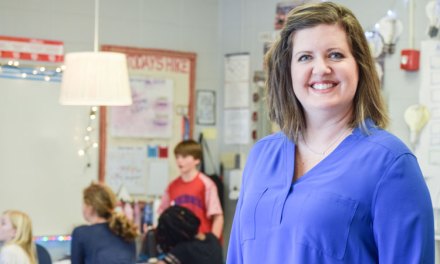 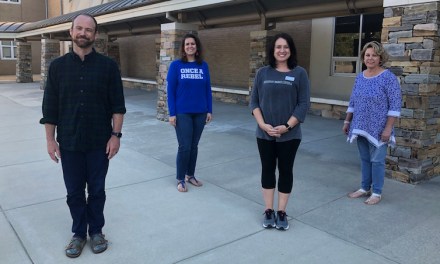