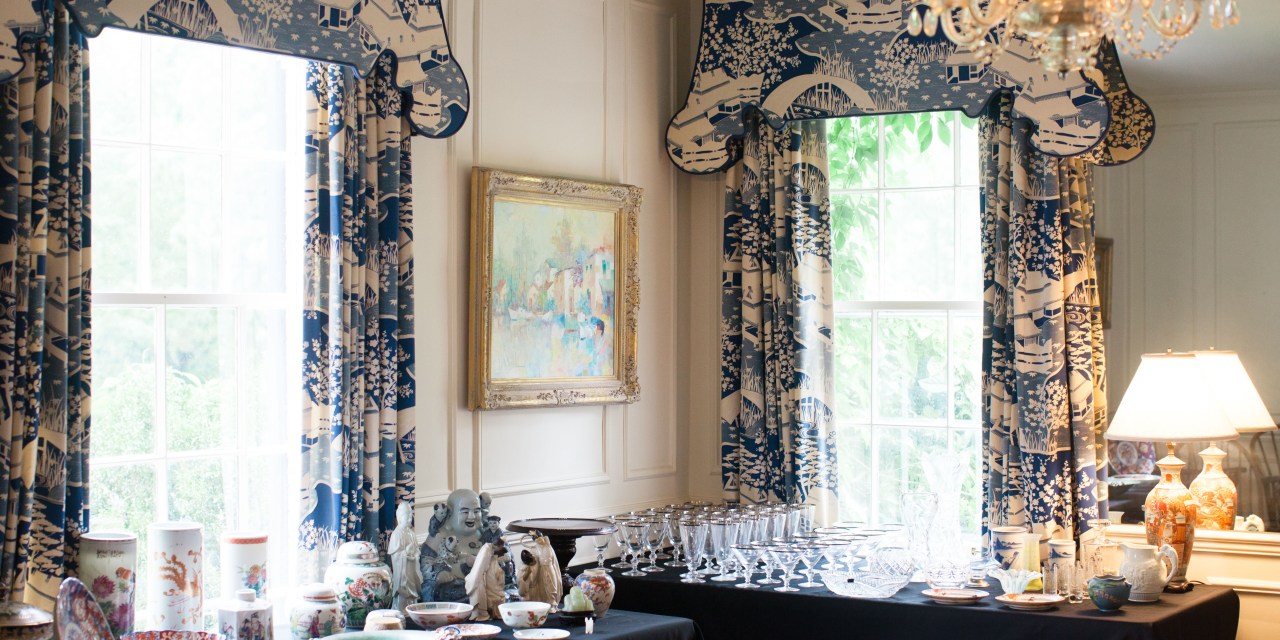 Kenneth Bryant has one hard and fast rule for his estate sale clients: Do not throw anything away. Do not give anything away. What about those Sears catalogues from the 1940s and ’50s? They could be worth something. A cross-stitch covered pillow? That too. You have to look at it with a trained eye.

How about that simple white vase you thought your brother painted? It could be Rickwood that will sell for $1,200 to the first person in the door. And what about those old sneakers? If they are first edition Air Jordans, they can be work up to $10,000. (Kenneth hasn’t actually found any Air Jordans in estate sales, but they certainly are looking out for them.)

The estate sale business isn’t your typical retail gig, Kenneth and his business partner David Morrison will tell you. “I say it’s a cross between a moving business and a circus,” David says, with Kenneth laughing behind him. “And we are the ring masters.”

A typical house has between 2,000-3,000 items in it, and in one week the Bryant Estate Sales team goes in and arranges, categorizes, prices, photographs, wraps and hopefully sells every single one of them. That’s moving an entire house in one week flat. “We go from a full house to an echo in seven days,” Kenneth says. And yes, they will tell you, that takes a lot of horsepower. 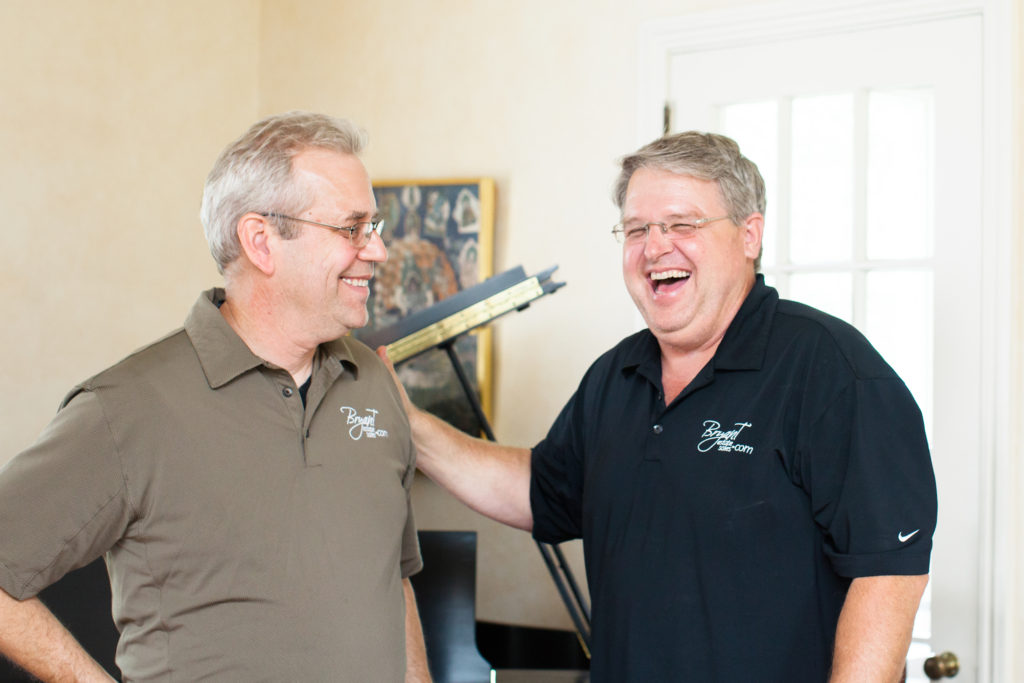 David Morrison and Kenneth Bryant of Bryant Estate Sales are experts at transforming a home into a sale.

But when they really light up is talking about finding surprises—like a salesman sample plough from latter part of the 1800s. It sold for $3,500 online. Another time it was a mint condition 1960s dune buggy under a pile of junk in a basement in Ensley. A man from Washington state paid $7,700 for it and flew out his mechanic to bring it back. “That’s what keeps it interesting—it’s the unknown, the funky things,” David says.

The Bryant Estate Sales team usually gets into a house on a Monday and gets to work, going through everything from the attic to the basement, every drawer and every closet. “You are getting rid of minimal value items because people can’t see a forest through the trees,” David says. “If you have a pile of stuff, you can’t see that $500 item because it’s surrounded by a $1 item. It’s a matter of decluttering and boiling it down to sellable merchandise that tells a story. They want to see the quality items, the good stuff. It’s not a garage sale.” And believe them, there is a lot of unsellable stuff in this world. They haul it out of houses every week. 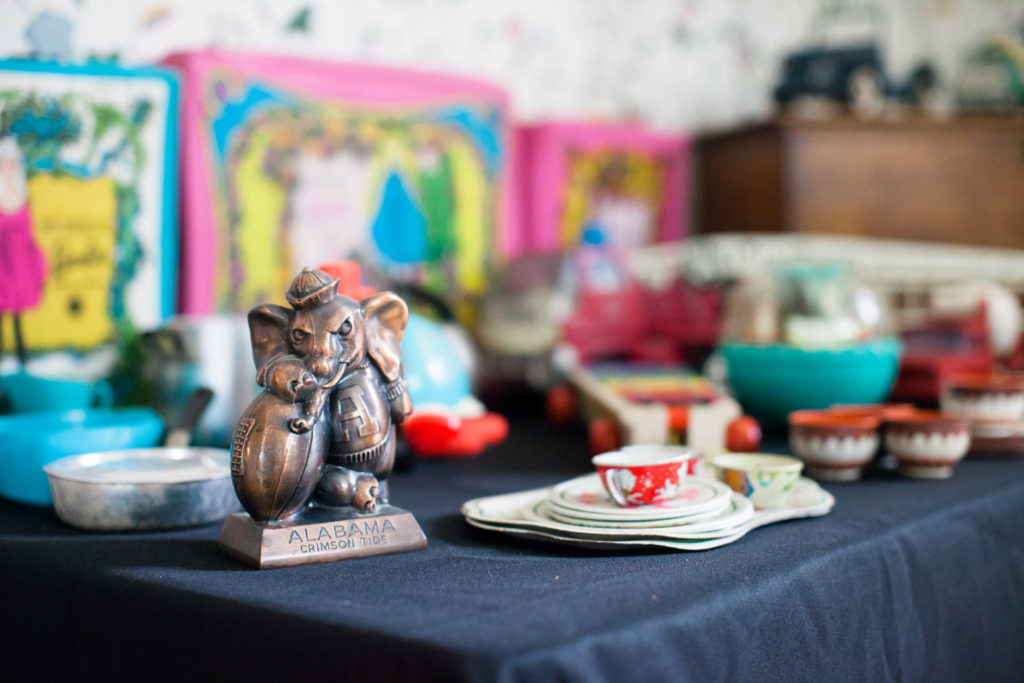 Next comes the transformation from a home to a retail space. They bring in tables with table cloths, clean and take care of minor repairs on items. Customers want to see an item ready to go, not as a project to take home. There’s an art to how they set things up, too. You don’t just throw items on at table. You create vignettes to stage them, showing off ways customers might decorate their own homes. Each room should entice customers to look at its items and then move on to the next.

“You take all of the stuff in the house out of a lived-in perspective and into a marketing perspective,” Kenneth says. “And there is a way to do it. After years and years of doing it, you see what works and what doesn’t.”

Fine china and stemware go in the front rooms, fine artwork in your most well-lit rooms. More personal items are kept on display in bedrooms. Often books are left on shelves. “You can see the books they liked, what their beliefs were,” David says. “You can tell a lot about someone based on their bookshelf,” Kenneth says. 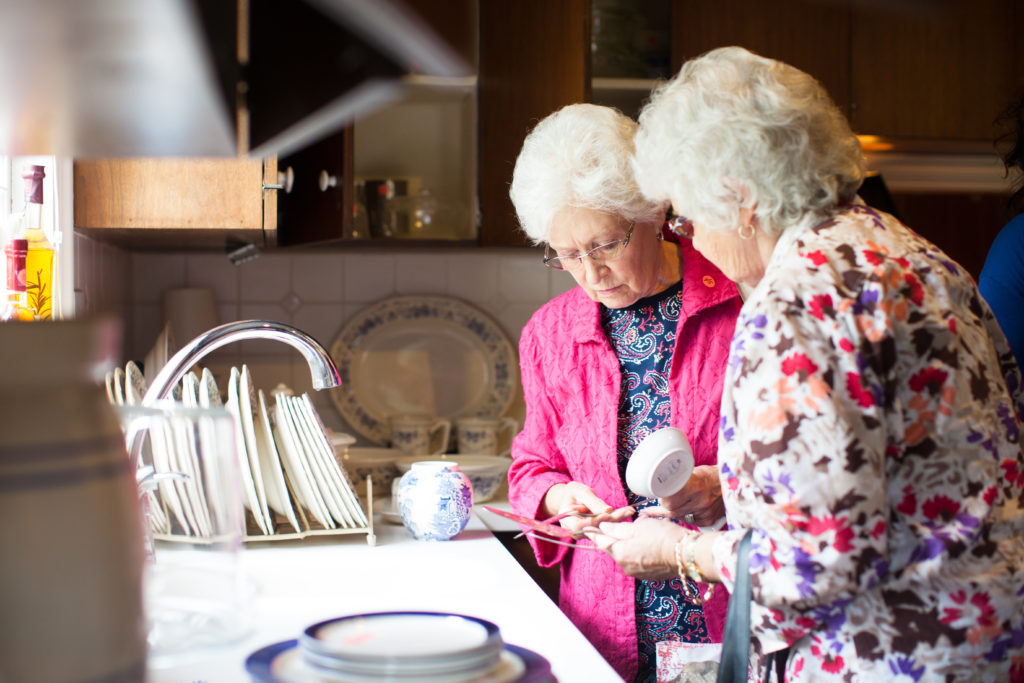 Then comes the greatest amount of frenzy of the week. When Kenneth and David arrive at a sale at 8 a.m. on a Saturday, someone usually has already started a list of who has arrived and what times they got there. From there the Bryant Estate Sales team passes out numbers, and upwards of 100 people are lined up by the 10 a.m. opening time. Usually 200-400 people will visit the home during the five-hour sale window. When they open the door, it’s the “running of the bulls,” David will tell you, “organized chaos,” Kenneth says.

Today they post photos David takes of all the sale items in advance online, so many customers have already made decisions about what they want to buy. Most collectors usually have a narrow focus on something like china they are looking for.

They are running a business, yes, but Kenneth and David also recognize the goods are more than just stuff. ”It’s a reflection of that person. It’s their last statement,” Kenneth says. “Neighbors come and want a piece to remember them by. It’s part of that closure. This is their last social function, right here. This is it.”

David recalls doing a sale for a woman who hoarded things from the 1920s and ’30s. In the end, what was set out for sale was worth five times what the house was. “When her daughter saw the sale, she just bawled. She said, ‘That’s what Mom saw,’” David says. “Her brothers had told her to bulldoze the house, but to her this was closure. She was thrilled.” 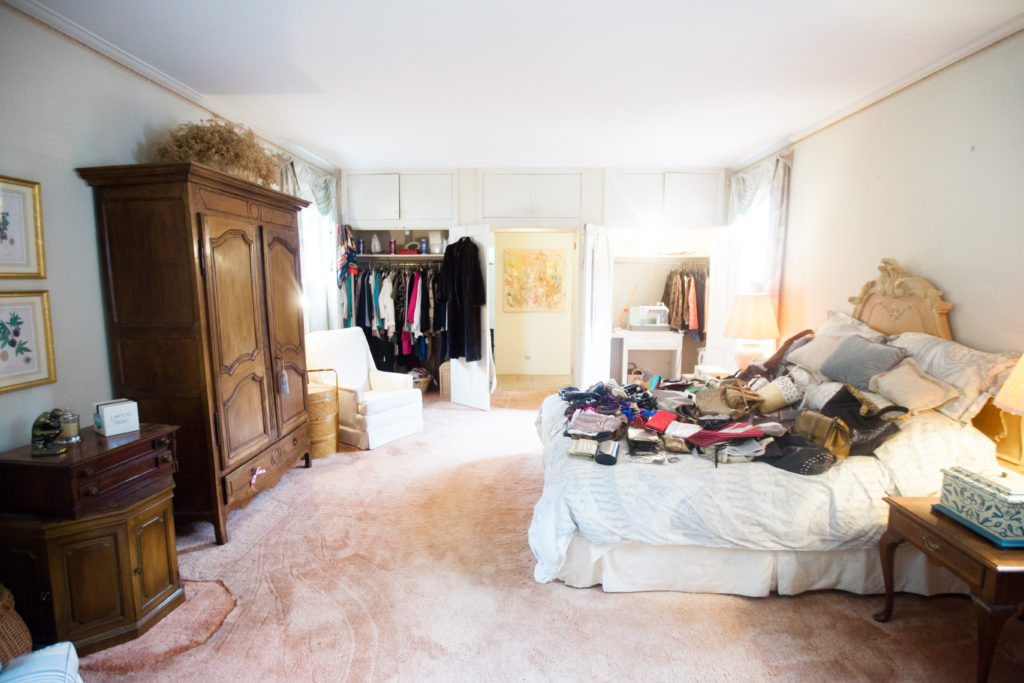 Sometimes the preparation process for a sale is a matter of walking through someone’s life, particularly if they don’t have an heir. “It’s like someone left and never came home. You find everything,” Kenneth says. “You see where they served in World War II with their dog tags and letters home and ration stamps for sugar and bread. You see the next step where they went to work at the iron factory with their service pins, and then they retired and started fishing. You walk through someone’s life and see them in a different light and what was important to them, what they cherished the most. It’s a unique perspective. Sometimes it’s sad, sometimes it’s really groovy.”

Kenneth actually started his professional life as an accountant, but he’d almost minored in World War II history in college and spent his weekends going to yard sales and estate sales looking for WWII canteens and memorabilia. That was around the time eBay was getting going, and he quickly learned he could also sell what he was finding.

“When I replaced my income as an accountant buying and selling junk, I figured I had a niche,” he says. And before long he’d made a 15-year career in estate sales. Today his business is based out of his Liberty Park home, but most of his time is spent in homes prepping for sales with David—a lifelong collector and former graphic designer and illustrator for Southern Progress Corporation.

Not surprisingly, the duo first met at a garage sale. They run one to two sales every weekend and often will only take two or three off days every six months. And yet they still go to sales themselves in all their spare time. “It’s an adrenaline rush,” David says. “There’s nothing like it,” Kenneth says.

To learn more about David and Kenneth’s work, visit bryantestatesales.com.

How to Shop an Estate Sale 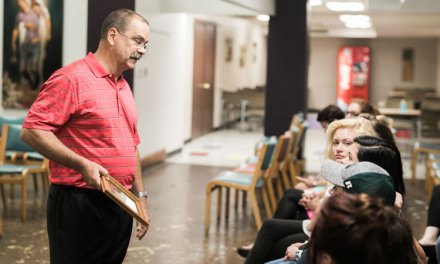 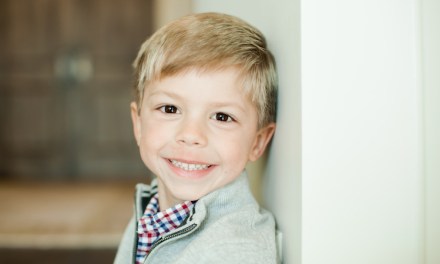 A Mission in High Gear: The Rucker Collier Foundation 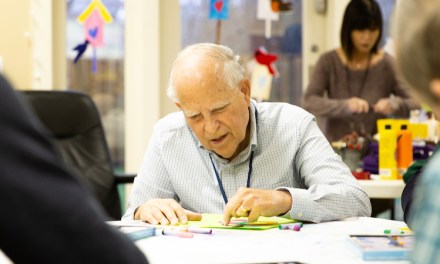 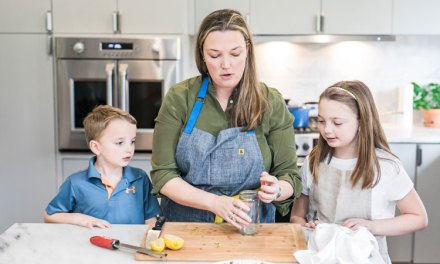