The Key to Change 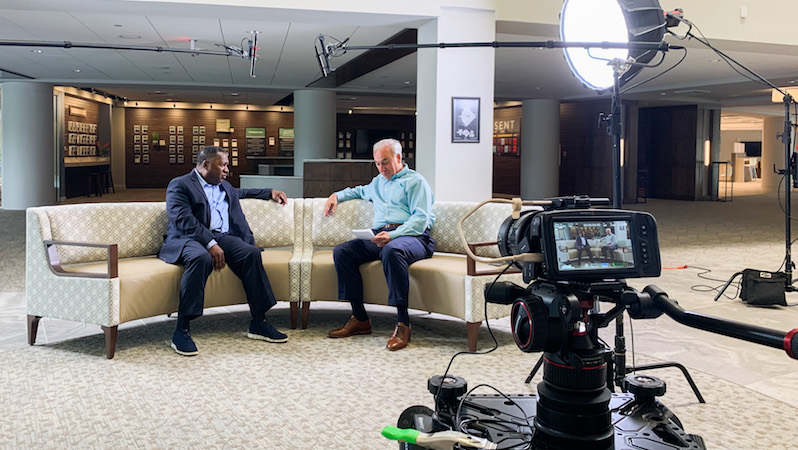 Pastor Danny Wood opened his sermon on Sunday, June 7 with a history lesson, starting from when he grew up in the 1960s and then painting a picture of the racism that he says is still on people’s hearts. It was 13 days after George Floyd had been murdered in Minneapolis, and seven days after protests had taken place in downtown Birmingham calling for justice.

But before he started his sermon, recorded to watch at home due to the COVID-19 quarantine, Wood invited his predominantly white congregation at Shades Mountain Baptist Church into a conversation he’d had that week with his friend Dr. Michael Wesley, senior pastor of Greater Shiloh Missionary Baptist Church, a predominantly African American congregation in the West End.

Wood and Wesley have been friends for a number of years since they were introduced by Christian Service Mission executive director Tracy Hipps. They have been on mission trips and worked on mission projects together, and they have each preached at the other’s church.  Together they’ve shared in many conversations, and among the things they share is having a Hoover address. But this day their focus was on “racism and the gospel.”

Here we share that conversation, edited some for length and clarity. To watch their full conversation, find the “A Conversation on Racism & the Gospel” video on Shades Mountain Baptist Church’s YouTube page or at shades.org/media.

Wood: You have explained the term “systemic racism” in the past to where you helped me understand it in such a great way. Can you explain what systemic racism means?

Wesley: Systemic racism is a whole system that has been designed to be anti-black. It’s been in existence for more than 400 years in this country. It began with slavery, and it has continued for 100 years under Jim Crow laws. People of color have always been relegated to a second-class citizenship. Many people believe that God did not create people of color the same as he did white people, and as a result laws have been made in government, in education, in politics, in banking, in real estate. In every aspect of the systems of this country, there have been racial divides… We are at a point where the systemic understanding is coming to a forefront.

I live in Ross Bridge, but there were times when communities like that would have been considered red lined, when bankers would not lend the money to move into certain communities…

There have been more and more young people who have been coming out, and I think that holds the key to where change may be. People of older generations (have seen) that this is the way this is. Even though people today are not responsible for slavery, they have benefitted from the system that has been in place. I think the George Floyd murder brought it to the consciousness of people, and it’s emblematic of what the system has been where the knee has been on the neck of people of color no matter what arena.

With Christian pastors beginning to teach the truth of scripture, we have a chance to bring it to the forefront the wrongness of the system and not just a particular incident.

Wood: You can look today and say after 50 something years things are so much better than they were in the ‘60s, but it’s that underlying systemic racism that a lot of us—I say that as a white race—don’t see.

Wesley: You probably have been stopped by a police officer, but there’s never been any fear in your heart that your life would come to an end as a result of that stop. Growing up I remember one night in the car with my dad with several of his children in the car, and he was stopped by a white police officer. I remember the fear that was there. My dad explained afterward that he wanted to go home with his family, so he was not going to say anything or do anything that would cause that man to hurt him in front of his family… I have had to teach my sons as they were coming through their teenage years to be aware of how to handle themselves and how to speak intelligently and appropriately so they will be not be hurt should they be stopped.

Wood: Where do you think this (movement) is going to lead?

Wesley: I think it can’t just be African American leaders speaking up because when it’s just African American leaders speaking up people think that’s what they were supposed to do. They have always spoke against it. But when white leaders and white pastors and the whole gamut of leadership begin to rise and say this is not right, that provides the impetus for change. When younger generations begin to understand and see the inequities that are not right… that gives us the great opportunity for change to take place in this nation and in this town.

Wood: Back in the 1960s the Letter from the Birmingham Jail from Martin Luther King was precipitated by the eight pastors who were telling him to wait, and he came back with “justice delayed is justice denied.” At that moment the church could have stepped up and done something, but we didn’t and we said we’ll just let the government do it. Now here we are 57 years later and we have another opportunity. There are some things our government needs to do, but from the moral, spiritual standpoint it would seem like this is the perfect opportunity for the church to step up.

Wesley: This is a golden moment for the church and for white churches and leaders and black leaders not to pound on what was wrong but how we go forward in fixing the system. I don’t agree with looting or burning businesses. I think it has to be teaching and elections, and each one of us has to look in front of us and see how we might be able to make a difference where we are right now as we go forward from this moment.

Wood: We have laws on the book, but we still have racism on our hearts. The 15th amendment gave voting rights, but the white legislature came up with black codes that prevented them from getting registered.

Wesley: That’s part of what I mean by systemic. Some people think the Emancipation Proclamation ended slavery, and we passed Civil Rights Act and now we are good. But that’s not true. There are still so many underlying things where we come right behind those major landmark legislations and put in place unwritten codes to keep the situation from being done like it should.

At the end of the day, when we go to heaven, all of us who are Christians, I don’t believe there will be a white section and a colored section or a black section. I think we’ll just be in heaven. I don’t think there will be a black Jesus or a white Jesus, I think there will be Jesus and we will worship him as one people. I think earth is that dry run for heaven, so it’s time now that we begin to be that one body that Christ died for.

Wood: We have 5,000 members (at Shades Mountain). The question for them is, “What kind of impact can I have?”

Wesley: I think it begins with the home. We have a biblical model in the book of Deuteronomy. Talk to your children as you go along the way, put it on their frontlets and foreheads. I think parents have to teach their children the wrongness of systemic racism and try to make sure that we don’t perpetuate what has generationally been passed on to us. As those children are communicating with their peers, they can have those discussions too.

When integration came, I was assistant principal at Smith (School in Roebuck). I felt for the first time real hope because I knew those children were eating lunch together, playing in the band together, playing on the same team. I thought these kids will grow up not with the misunderstanding of each other that previous generations had grown up with. I still believe that’s how the hope can take place.

The church is the hope of the world. We are the hope because what’s preached is then reinforced at home, and I think if we can do that, that can make the difference.

There is no magic wand that no one will be able to wave and it will all go away. There’s no magic bullet that will solve this problem. It didn’t all start at once, and it won’t all go away at once. But we can do it one family, one person at a time. 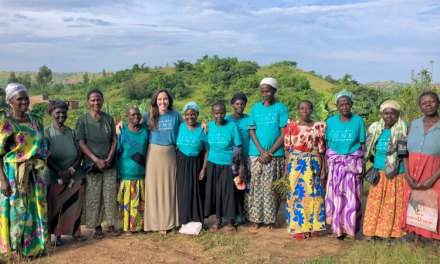 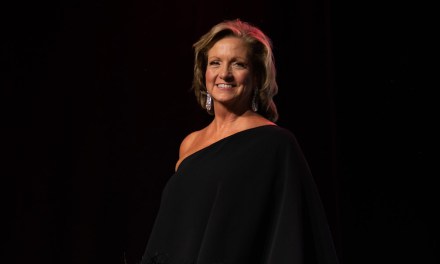 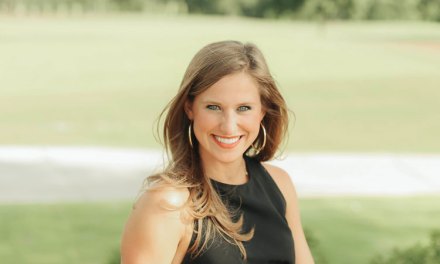 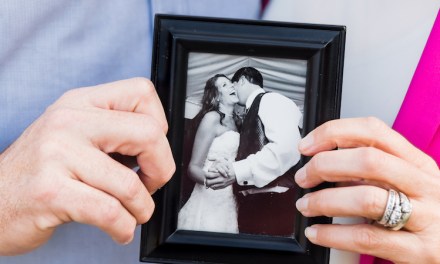